The standard tone of your light porches is usually yellow and close to pale. It happens to be ordinary, but what if we say that there are other tones that can be used, for instance, a red porch light? The color which you can choose for your light porch situated near the front door of your accommodation, has 914808 various meanings. We have decided to tell you what sense is presented by every porch light color.

The most widely spread porch light tones have the following definitions:

In the following article, we would like to investigate some possible tones of your light porch bulbs more and show why it has appeared. If you are familiar with a porch light color meaning, you definitely will be able to define what your neighbours would like to pay attention to. 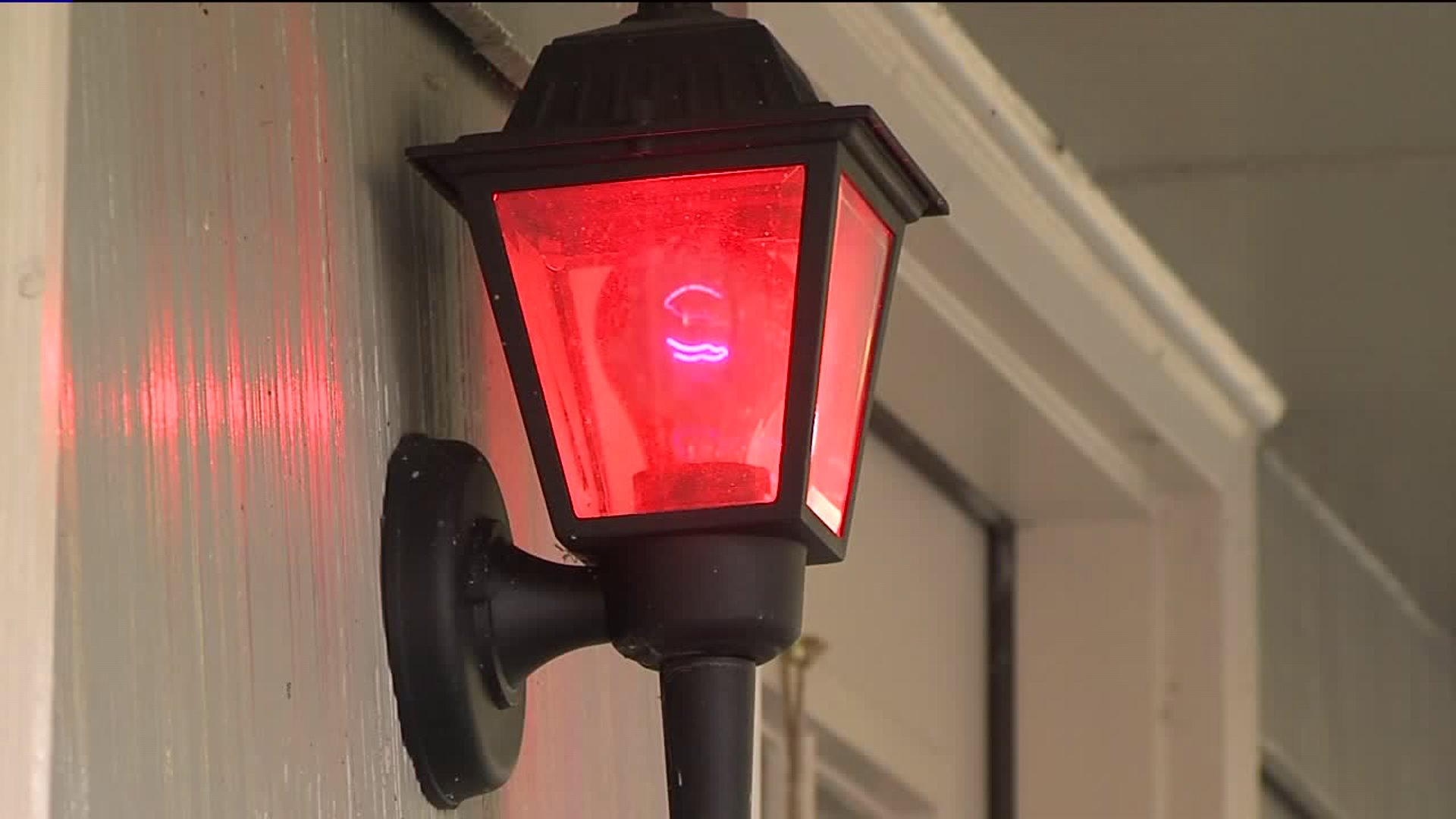 So, what does a red porch light mean? The red porch light can be turned on not only one time a year. Of course, red light porch is suitable for October’s popular celebration – Halloween. February can also be noted by red light bulbs because of Valentine’s Day and American Heart Month as well.

The organization called American Heart Association has organised a campaign of turning on red light porches in February in order to spread heart health awareness. You can decorate your house with red details as well, but switching the color of the porchlight in front of your house is enough. The holiday was set in 2009 and is connected with National Wear Red Day, which happens on the first Friday in February in the US.

Actually, between 2016 and 2018, there was a rumour started by one Internet source that red porch lights stood for the fact that there can be found no guns in the house with this light. However, this source couldn’t allow any proof of this fact. In other words, if you have noticed red porch lights in your neighborhood, you can be assured that it’s not connected with guns at all. 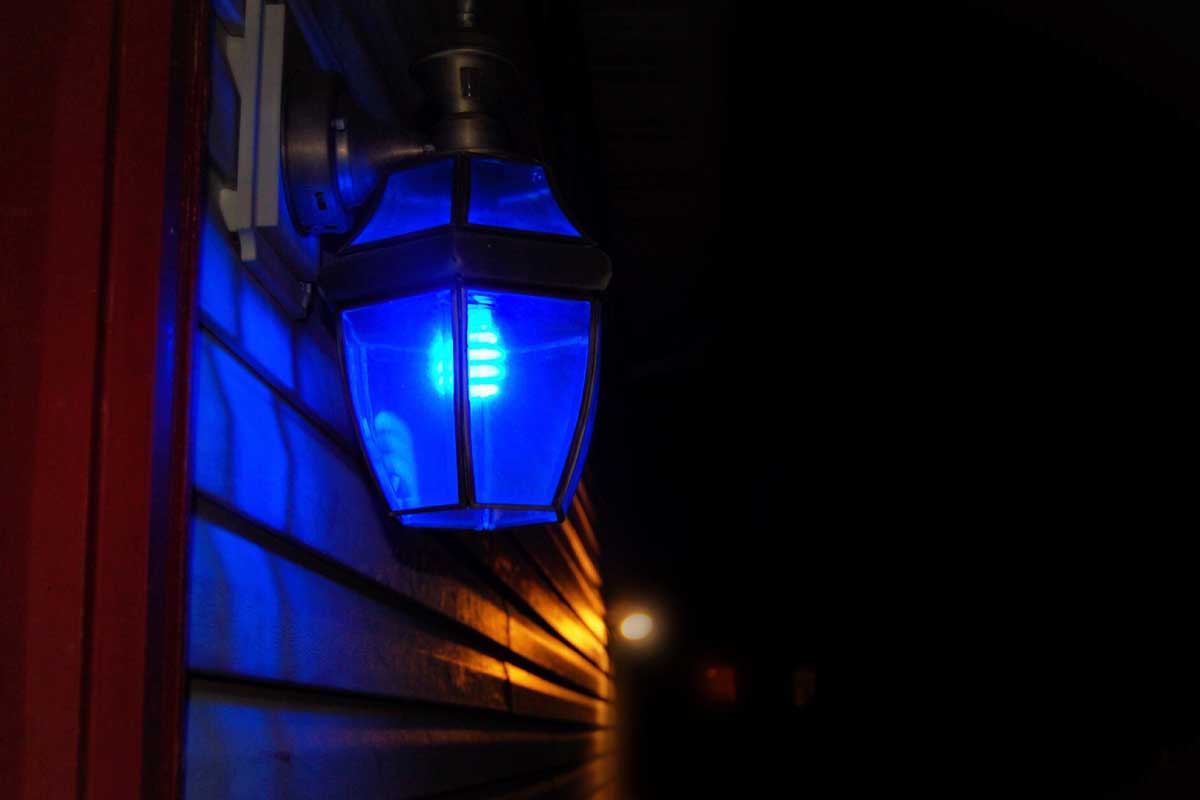 The following will be useful for those people who have ever asked a question, “What does a blue light bulb mean?” When you choose blue color for your light porches, it can have one of two meanings. One of the definitions of blue color light bulbs is connected with how we deal with the issue of autism. The story started in 2007, when April 2nd was named World Autism Awareness Day by the UN General Assembly. The day has been celebrated since that time for 13 years.

After three years of the situation mentioned above, Autism Speaks started a campaign under the name of Light It Up Blue in order to give people more information on World Autism Awareness Day.

Since that moment you can often catch sight of a blue porch light in front of houses in April, on Autism Awareness Day itself as well. Therefore, you won’t be surprised by the blue color of your neighbours’ porch light in April. In addition to this, you can also take part in this tradition.

In some sources you can also find information that since 2017 some USA residents use blue porch lights if they are willing to emphasize their respect for those who work in police and their families. So, we can see another reason for using blue porch lights. 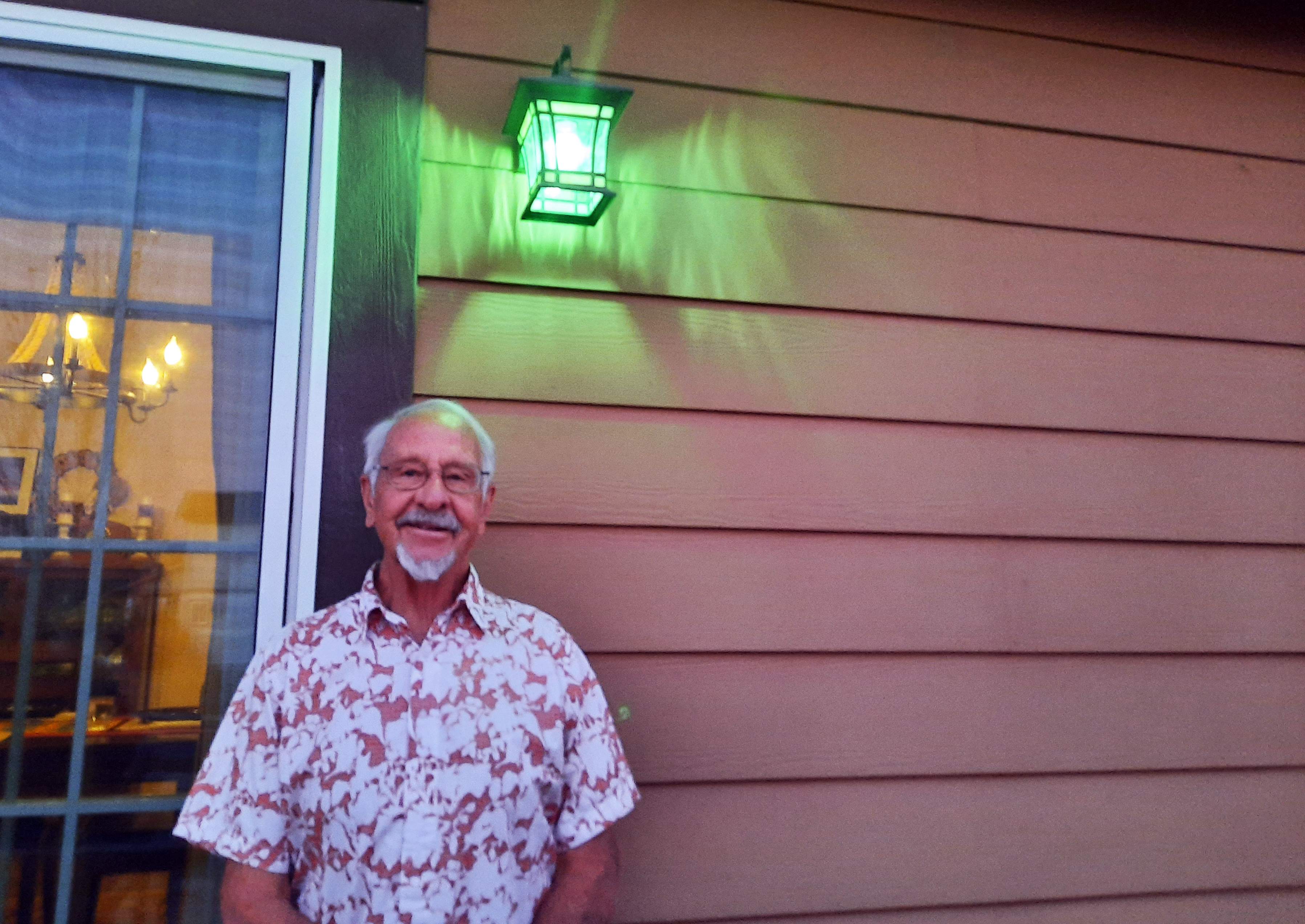 If you have ever asked the question,“What does green light on porch mean?”, you should read further. The holiday which is honored by turning green porch lights on is Veterans Day, celebrated on November 11th. You can take part in memorials and celebrations connected with this day or just keep your porch light green during all November.

If people have chosen to use green porch lights in March, they are likely to be celebrating St. Patrick’s Day. This is a famous Irish holiday which is now celebrated in many parts of the world, where Irish people settled some years ago. Green happens to be a traditional color of Irish people, that’s why it can be turned on on that day.

Several sources will also mention that green color of porch lights can be noticed in May and remind of Lyme Disease Awareness Month. Actually, this campaign is not only national but worldwide. The tradition of observing this month was started in the 1980s. 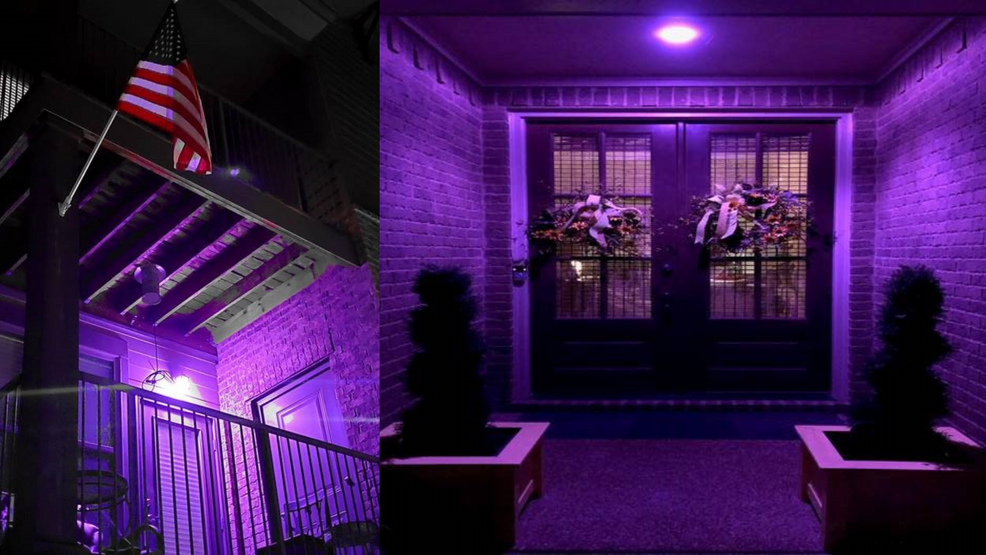 Occasionally you can notice a purple porch light in front of some houses in your neighborhood. This color stands for domestic violence awareness.

The tendency was set by the Domestic Violence Task Force in 2007. The campaign received the name of Purple Light Nights and was developed to enrich awareness of domestic violence.

The month when the problem of domestic violence is raised in many parts of the world is October, so in this moment of the year you can switch the color of your porch light to the purple one. This action helps to make the information about the domestic violence horrors more widely known as well as to remember those who have suffered or even died because of facing domestic violence. 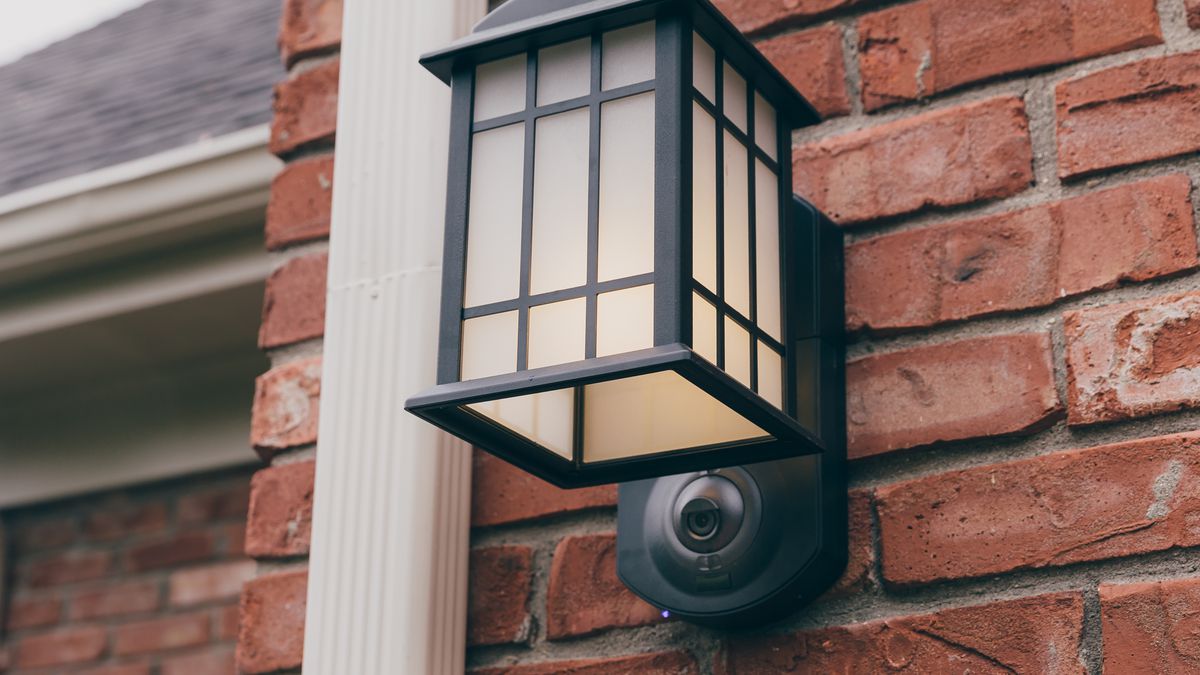 What will you think when seeing a blinking porch light in front of some house? You may decide that the light has just broken down and needs a replacement.

Of course, it can be that way, but in some cases it can happen to be a signal of an emergency. Some homeowners can flash a blinking porch light if they are willing to set a sign for an ambulance, police officers or firefighters. The blinking porch light will make it easier for those who working any emergency service to make clear which house needs attention. It’s rather challenging for emergency services to read the signs while driving, so such a light porch will save them some time.

Some people wish to redesign their porches or buy a flame-like light porch in order to create a flickering flame view.

Some colors don’t have wide-known meanings and can refer to a particular case. To give an example, we will say more about pink porch lights. 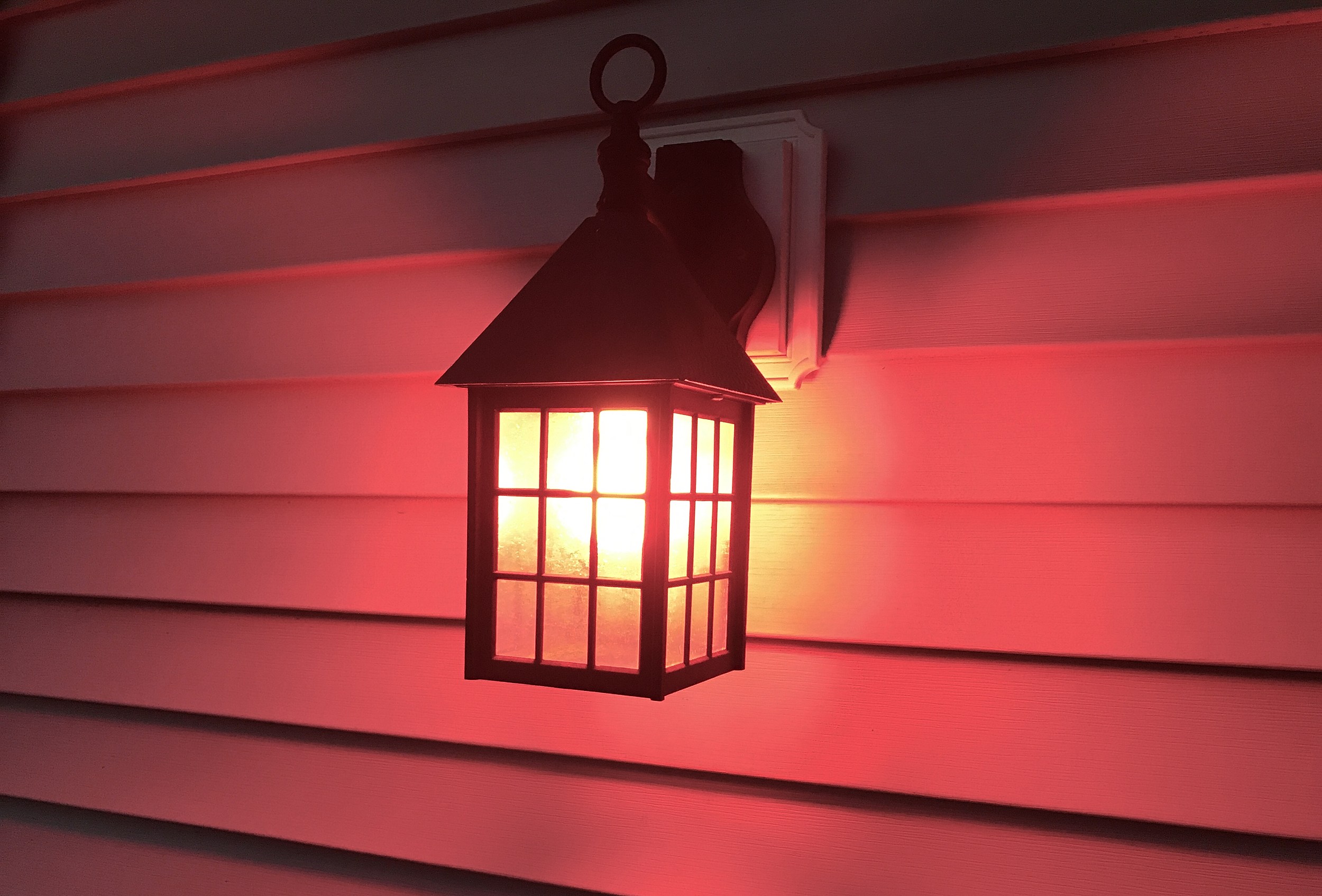 The first case took place in 2016. Pink light was turned on in porches in order to remember the lives of 6 family members who were killed by a house fire in Nebraska. The porches were pink for the whole November all over the state.

The second case happened two years later, in 2018. Pink light porches became a sign of support for a school pupil living in the state of New York fighting with an uncommon type of leukemia.

But sometimes pink color, or any other colors of light porches don’t mean anything and only create a certain kind of atmosphere. 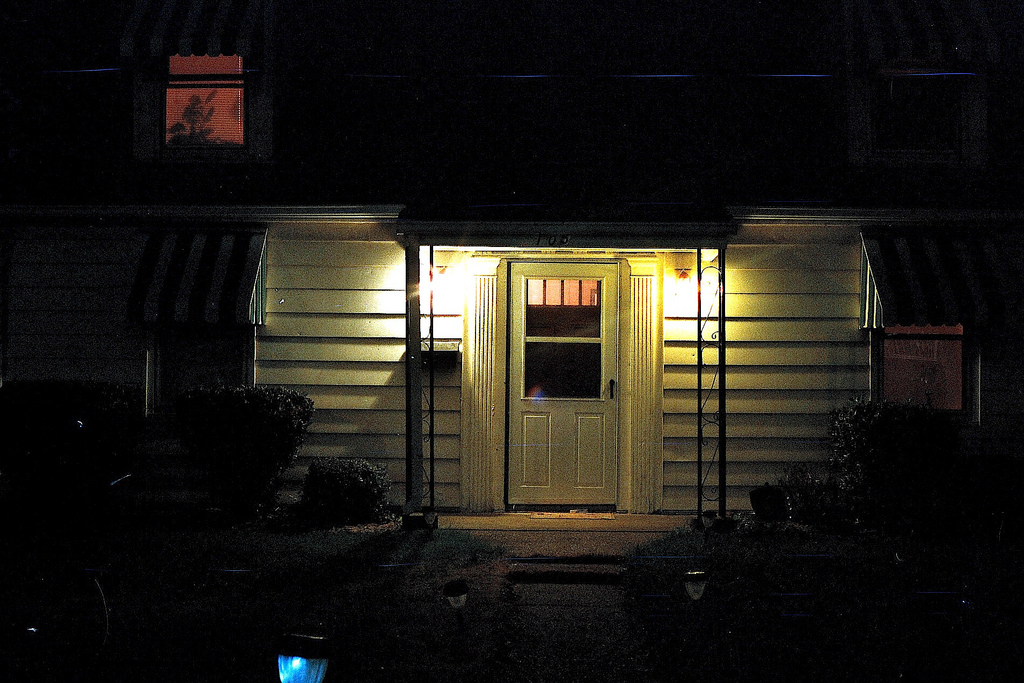 In the article, we have discussed some of the most standard tone options for porch lights. They have different meanings such as domestic violence awareness or giving a tribute to the US veterans. In other words, colored porch lights offer to us more awareness of contemporary issues as well as some honorable facts of our history.

We hope that this article is helpful for you, and you will understand what your neighbours want to attract attention to and you will take part in these marvellous traditions.

VIDEO THAT WILL HELP YOU!

Cool Things For Your Room

Red Black And White Bedding – Guide For You